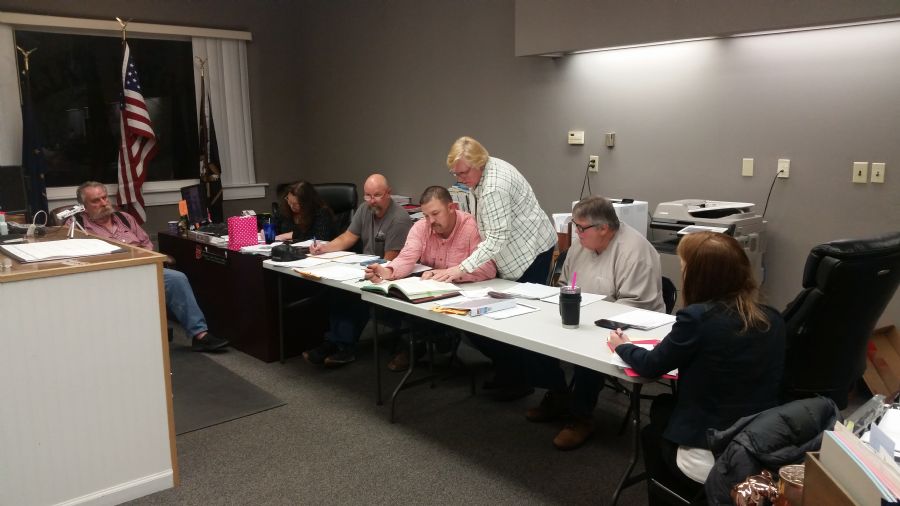 The Town Council read a "missing" ordinance from 2016 that has now been updated concerning road weight limits.

The ordinance declares Main St a "no truck" zone excluding vehicles with a weight of 26,000lbs or more.

There are fines for violating this ordinance.

All members present voted yes except for Tom Marvel who voted no. The council accepted the ordinance.

The Town of Lapel and Vectren are engaged in talks to discuss serving the Shelby Materials Concrete plant that was put in along 650 S, which is inside Town limits on the far south side.

Vectren has installed hardware to facilitate providing gas to that location, but the Town of Lapel was not offered first refusal to do so.

The Town has just discovered that Shelby is expecting gas service by December 14th which would be impossible for the Town of Lapel to do given they still have several miles of gas line to run.

Gas line was ordered months ago to expand the gas line all the way to near 700 S but work was put on hold when the legal dispute was discovered. Residents may have noticed the spools of yellow line sitting outside the utility building for the last few months.

Deb Wainscott was not happy that USDI stopped work on installing the line and wants them to resume.

Dave Taylor commented "USDI should do the work and Shelby Materials can wait until it is done".

Most council members agreed that Shelby Materials should have known the property was in Lapel and asked us for service.

Tom Marvel suggested "someone needs to talk to Shelby Materials".

Furthermore, messages have been received by some residents in Lapel that are building in the additions that Vectren is the only gas service provider for the Town.

The Town Attorney is in talks with Vectren to clear up these and some other disputes.

The Town Council asked the utility department to get pricing and then we can order the final section of pipe that would run from the 4-inch gas line onto the property as well as the 2-inch meter and regulator.

In the meantime it sounds like USDI will be asked to resume installing the gas line from 400 S so that Lapel can start supplying potential customers including Shelby Materials.

The Town of Lapel's budget has gained approval via a 1782 Notice. Everything the Town asked for has been approved. Except the Town will not know exactly what they are getting because the "circuit breaker" will be applied to this amount. https://itep.org/property-tax-circuit-breakers-in-2018/

Work on the concession stand is expected to be finished this week, DNR is to do a final inspection.