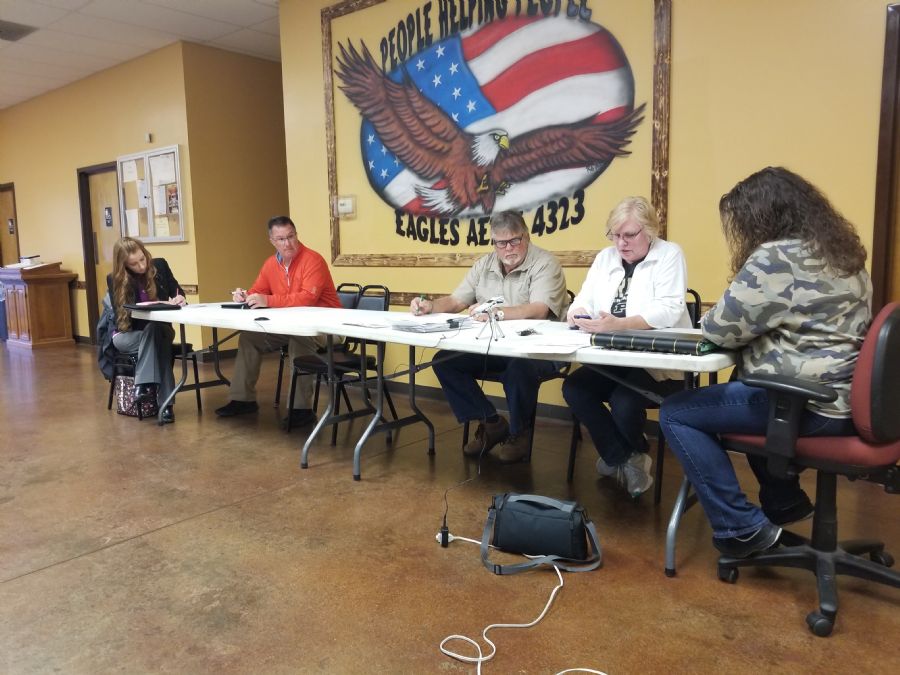 Mike Kleinpeter of Kleinpeter Consulting opened a public hearing concerning the $600,000 in OCRA grants the Town is trying to secure.

Lapel tried to get the grant last year but based on a point scoring system where each project that applies is assigned points the Town of Lapel missed out because the total grant money was used up on higher scoring projects.

If anyone wishes to write a letter to the Town of Lapel concerning water quality issues please hand them in to Town Hall or email them to info@lapelindiana.org and include your Name/Address and what issues you have experienced.

The second public hearing will be held on May 16th.

A property owner in the Town of Lapel petitioned the Town to get the $125.00 tamper fee waived after he had to turn his water meter off to do some repair work.

The Town Council members decided not to waive the fee for fear of starting a precedent.

Residents are advised to call the Town Utility Department to ask them to shut the meter off.

A discussion was also held to lower the weight limit from 7 tons to 5 tons and to change the speed limit signs to 30mph which is already consistent with existing ordinances.

Concerned resident Clay Parkison spoke about how dangerous it is for him to just go check his mail now with people speeding on these side roads and in some cases ignoring stop signs.

Ashley Hopper (Town Attorney) will work on an ordinance for the next Town meeting in the meantime the emergency declaration still stands.