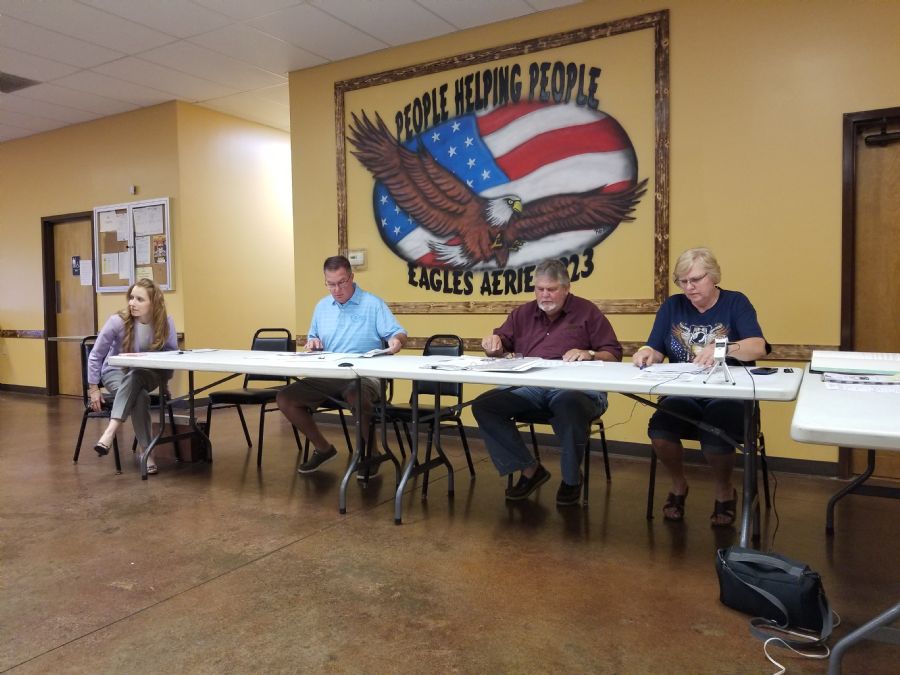 The Lapel Town Council held a regular Town Meeting at the Eagles on 9th St on June 6th from 7pm.

Caitlin McGuire a resident on Gwinn Lane complained about an ordinance violation letter she received regarding excessive dog barking by her two dogs.

McGuire stated that she feels like she is being singled out and harassed by the Town of Lapel code enforcement officer.

Jason Kleinbub would like to see a list of dates and the people reporting the incidents of barking before choosing a course of action.

Deb Wainscott said they would get with Chris Hobbs (Code Enforcement Officer) and get more details.

The Employee Handbook was not approved, Tony Pearson would like more information on what he feels are details in the handbook that might overrule the existing salary ordinance.

The CGS contract states the trash rate will be going up from $12.50 to $12.88 starting in July although the rate increase will not be evident until the bills received in August.

The Ford St Well is currently down, a 10-month-old pump has failed at the well house. Wiring may also need to be replaced. It is estimated the well house will be up and running Saturday at the earliest.

The Town is to talk to its insurance company to have them get the repairs covered under warranty.

The lift station on 300 S has recently had several issues with pumps getting clogged up and failing. Recent inspections have found the pumps to be clogged with string mop heads.

The Town is working to get the issues at the lift station resolved but can do nothing to stop residents flushing unusual objects down their toilets.

Several residents of Lapel that live in the SR13 corridor annexed area were in attendance to complain about the $3.05 storm water fee that all residents of the Town of Lapel are currently being billed for.

Complaints regarding this matter include:

Several concerned citizens stated they would gladly pay the $3.05 or more if they had storm water handled by the Town of Lapel that resolved standing water issues many of them face.

The Town Council took their complaints under advisement and will re-address the situation at the next town meeting on June 20th.

In the meantime people are advised to pay their bill.

A resident received a letter to move their basketball goal and felt like they were being singled out.

She complied with the letter which stated it had to be moved by May 26th but she still sees other basketball goals out near the street.