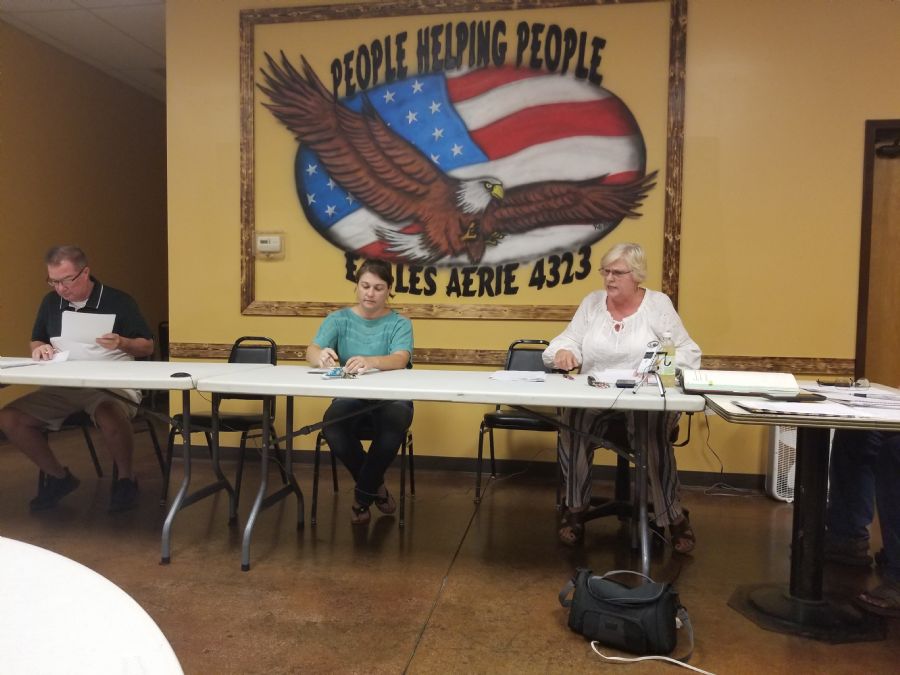 The Lapel Town Council held a regular meeting at the Eagles on 9th St on September 5th 2019.

A resident on West 7th St has an issue with standing water and drainage and has reported problems with it in the past. He would like the Town to come up with a solution.

A public hearing for the 2020 budget was opened. The requested budget is close to the prior two year(s).

There were no public comments.

Mike Kleinpeter from Kleinpeter Consulting informed those present that the Town had for the second time of trying not been successful in receiving grant money to help pay for important infrastructure projects.

He thinks the only way we can improve our "score" which determines which projects are awarded grant money is to put more matching funds into the pot.

The Town Council voted in favor of applying for the grant again, there will be a Public Hearing on Thursday 26th of September at 6:30pm.

The Town Council voted to accept a resolution to lower the Cumulative Capital Improvement (CCI) fund by $13,000 next year to put additional money into the Park budget.

The Town Council tabled a vote to transfer $25,000 of the Cascadden Gift to the Park Department.

The Park Budget is a little over $20,000 in the red and needs to be brought back to positive.

The Town Council would like to talk with the Park Board about this before voting.

The Parks do not generate any revenue, yet still have costs and the addition of Brookside Park has added to costs without bringing in a revenue stream yet.

The Town Council voted to approve a $3,500 cost to administer the election.

Pilkington was unhappy that he has had numerous issues with brown/rust water over the last few years and has spent several thousand dollars on trying to fix the issue.

There is rusty water in his pool. He had all his metal water lines replaced with PEX and he still has rust.

He wants the Town to investigate the issue and reimburse him for the expenses he has incurred trying to keep his water clear.

The Town Council will ask Culy Construction to help investigate the issue.

The Town Council approved paying $1,475 to remove four trees and grind the stumps at Memorial Park.

These trees took a lot of damage in the recent storms and could be a danger to people using the park.

Wainscott announced that INDOT is looking to turn SR13 and 32 (currently a flashing light) into a roundabout, as well as SR32 and County Road 925 West into a single lane roundabout.

This is to improve road safety; the work would not start for many years and not be completed until 2025.

Wainscott suggested they name S 900 W (the street that goes to the High School) after Olevia Cascadden. The recommendation was to use her family name so the street would likely be called Cascadden Boulevard.

An ordinance will be drafted for approval at the next meeting.