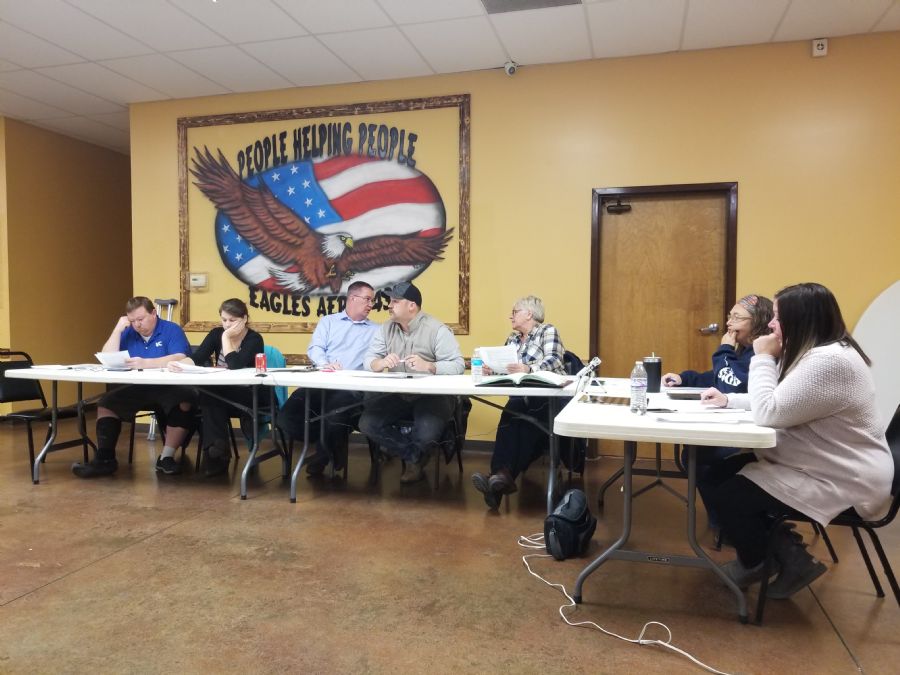 Mike Kleinpeter from Kleinpeter Consulting presented an explanation on the score for the OCRA grant that the Town failed to secure the last go around.

The additional funds will hopefully secure approximately 9 more "points" in the scoring system that OCRA uses to assign grant winners.

If the Town receives the $600,000 grant it hopes to perform the following:

The Town opened the floor to the public for comments.

Residents on Eerie St and 500 South asked if there was anything that could be done to fill potholes on their streets.

Council member and council VP Tony Pearson resigned earlier in the year; Deb Wainscott nominated Tom Marvel to act as VP for the remainder of the year until the new Town Council can pick officers at the start of the year.

The Town Council voted in favor of this action.

The Town Council discussed the 300 S Lift Station which has had numerous problems this year with strange items clogging up pumps and costing the Town thousands of dollars in repairs and replacements.

Currently the town is using a grinder pump on loan that has been doing a great job of cutting up whatever items were previously clogging the pumps.

The Town Council discussed and approved buying two grinder pumps at a cost of $7490 each, and $800 installation each.

Tom Marvel also mentioned that he was informed by a utility worker that they believed it to be a member of the Utility Department or someone with access to the keys to the pit that is putting mop heads, painters rags, baby wipes and other items directly into the pit causing the problem.

An attempt to catch whoever was responsible in the act using a camera failed after someone covered the camera.

The Town Council would like to change the way access to the keys to the lift station are assigned, and possibly change the locks.

The Town Council approved using an answering service to handle calls to Town Hall outside of normal hours, this answering service will be manned by a human and they will determine if it is an emergency and notify whoever the on-call utility worker is for that day. If it is not an emergency the caller will be asked to call back during regular hours or another appropriate response.

This change was determined necessary due to the amount of out of hours calls the on-call utility workers receive for things like "trash not being picked up" or billing questions.

Regal Computer Services owner Daniel Paull presented the Town of Lapel with a proposal to provide remote support service to Town Hall, a vote was tabled.

The Town Council discussed and approved using BOYCE (the makers of the software currently used to handle billing) to mail out utility bills.

The cost savings per month will run around $400 and the new bill will be on a sheet of paper and in an envelope and present a lot more information to the resident.

This change will also include the option for "Auto Pay" so residents can setup automatic payment of the utility bill and set it and forget it.

Setting up this new service will cost several thousand dollars, but the monthly savings should pay for itself within the first six months.